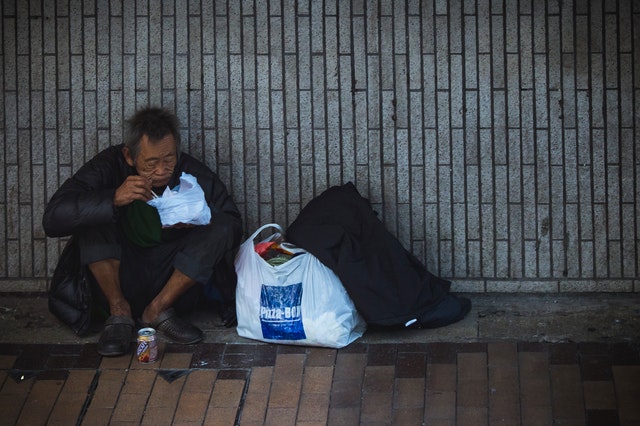 Food security is a major challenge that is daunting the world today, with food supplies declining each year. Various researchers have tried to come up with various possible threats that may be causing this crisis. For instance, some of the threats include pest resistance to chemicals, climate change, an aging workforce, competition for water, and an increasing population. The essay will focus on the major threats to global food supplies. In addition, it will highlight some of the possible solutions that can be implemented to reduce the food security problem. Although there are many threats to global food supplies, the rising population and climate change are the major threats.

The world has experienced an increase in the population over the years. Besides, forecast reports show that trend is likely to continue for the coming years. However, there is no increase in the food supply to compensate the experienced population explosion (Frazier and Richardson, 1999). To make matters worse, the food supplies are decreasing at a faster rate. Most people are leaving their rural lands opting to stay at urban centers, shunning farming practices. Moreover, the situation is accelerated by the increased human activities that have led to the increase in the greenhouse gasses. Ultimately, human activities have led to climate change that has adversely affected food supplies.

The increased human population has increased the number of consumers in the world. The current food supplies are not anymore sufficient to cater for the human needs. In most places of the world, starvation has been the order of the day, as the food supplies no longer meet their needs. Besides, due to the increased population people have been forced to use agricultural land for building homes. Land has gained more other purposes that have reduced the land available for agricultural purposes.

In addition, the increase in the human population has led to the scarcity of water (Frazier and Richardson, 1999). Water shortages have been experienced in most places of the world. The lack of water has led to a decline in the production of crops that are essential to the human beings. Many people are emaciated due to lack of essential nutrients. Water wastage is the main cause of the decline in the water available for the agricultural activities. In addition, urbanization has led to an increase in water pollution. In most cases, industries release effluents into the rivers, making the water unsuitable for agricultural purposes. Moreover, people have cut down trees reducing the amount of rain experienced in various places.

Moreover, the increase in human population has led to climate change, which has adversely affected the crop production (Gallucci, 2014). Climate change is characterized by an increase in the global temperatures, which are not favorable for doing agricultural activities. Human activities are the major contributors of the greenhouses that cause climate change. They involve themselves in burning of fossil fuels and do other activities that increase the amount of greenhouse gases in the atmosphere. Climatic change makes the soil drier, making it hard for some of the crops to survive in this adverse condition of the soil (Lerner and St. Pierre, 2009). In addition, climatic change increases wind speeds and the intensity of rainfall resulting in soil erosion and lodging.

Proper actions should be taken to deal with the discussed problems. To start with, research institutions should invest more in the agricultural area. Increased research may help in coming up with more pest resistant crops thereby increasing the food supplies. In addition, the research may help countries in developing many types of crops that can do well under adverse conditions. With the fast advances in technology, researchers may be able to develop high yielding crops than the ones that currently exist.

In addition, education plays a great role in increasing the global food supplies. Educating farmers on the best farming practices will help farmers increase their production of food supplies. For instance, educating farmers on best ways to minimize water shortages would be beneficial in increasing the amount of water available to agricultural activities. Moreover, farmers should be educated on the type of crops that would do well on their soils. By so doing, the output from farms would increase substantially thereby increasing the amount of global food supply.

Besides, human activities that lead to global warming should be reduced, to decrease climate change. Farmers should be encouraged to adopt energy-efficient agricultural equipment. Farming activities are one of the major contributors to global warming. Therefore, by adopting energy-efficient agricultural equipment, emissions of greenhouse gasses would be reduced significantly. Consequently, people should be taught on how to discharge their waste products without causing emissions of greenhouses to the environment.

Ultimately, governments should promote policies that aim at reducing the food security crisis that is being experienced in the world today. For example, other governments can copy from China’s strategy of curbing the escalating numbers of people in the country. Governments should adopt One-Child policy with an aim of reducing down the population to a manageable level.

Implications of implementing these solutions

The suggested solutions will help in increasing the global food supplies. They aim at increasing the level of education of farmers thereby improving their agricultural skills. By empowering the farmers, global farm produce will improve tremendously. In addition, the suggested solutions will assist in reducing global warming that is currently daunting the world. As a result, the farm produces will increase, as a conducive environment would be created for the crops to grow. Consequently, reducing the rate of population growth, will keep the population at a manageable level.

However, One-Child policy may find resistance from people who may want to have more than one child. People may feel that the policy is infringing their basic rights. In addition, farmers may have no enough capital to invest in the expensive energy-efficient agricultural machines.