They were Butchering People by Larry Colburn (2003) Sample Essay

They were Butchering People by Larry Colburn (2003) Sample Essay 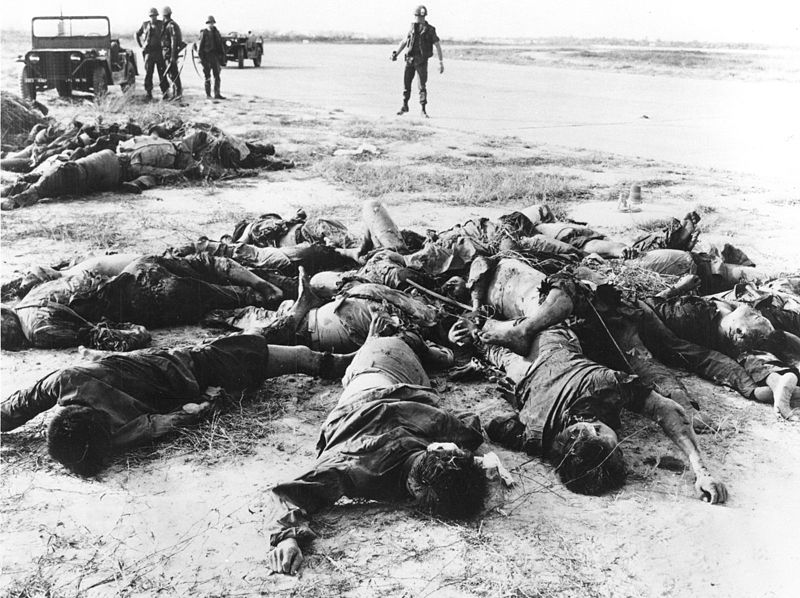 They were Butchering People

There is a high probability that a mental breakdown may have been a contributing factor in Medina’s actions. He seemed to have come up with the idea of the mission haphazardly. Moreover, he did not brief all the troops well concerning the mission. For instance, the aerial scouts were not aware that their troops were killing people. In addition, he killed a harmless woman while the aerial scouts were observing. Besides, no human in his usual health would have ordered a mission that entailed killing civilians.

The My Lai tragedy was caused by the brutal act of the troops. The civilians did not deserve to die as they did. Moreover, they were harmless and posed no threat to the Americans. However, they were ‘butchered’ by the soldiers who had been given orders by their captain.

Colonel Medina sought revenge in the wrong way. He employed ruthless tactics of vengeance. He ended up killing innocent babies and civilians in the verge of seeking revenge. He kills a woman using his gun without hesitation. His troops blindly danced to the tune of their master. They killed mercilessly and even raped women in the hamlets. However, some of the soldiers did not follow the orders Medina gave them. For instance, Thompson offers help to a group women and children in a bunker northeast of My Lai, with the help of his friend Dan.

The punishment of the accused did not fit the crime. Most of the people killed were civilians while the Americans had targeted the Vietnam army. They went further to kill innocent children and even raping women. Their revenge was inhuman, and it was directed at the wrong people.